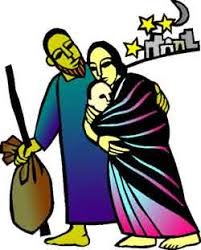 I share with you a commentary from the Power for Life Bible on the the Apostle John: A Fiery temper, tempered by love

It was on the pebbly shore of the Sea of Galilee, normally a tranquil sea surrounded by soft rolling hills, that John and his brother James, nicknamed “Sons of Thunder” (Mark 3:17), sat mending their fishing nets.  A man approached them,He was different – first of all, he was not a fisherman, and second, his request was unfathomable: “leave your nets and follow me.”

The magnitude of Christ’s presence must have been powerful for these men to leave the only life they knew and follow a virtual stranger to who knows where. John, the youngest of the twelve disciples, did just that.  He walked away from his fishing boat and followed Jesus every step of the way for the next three years.

John was a firsthand witness to the miracle in Cana, where he not only saw but tasted the water Jesus had turned into wine.  He saw a man who had been blind from birth receive the gift of sight for the first time and declare with amazement, “I can see!”  John sat right next to Jesus at the Last Supper and heard the horrifying words that one of them was going to betray Jesus that very night.  Of all the disciples, John was the only one who witnessed Jesus’ death on the cross, and it was John who outran Peter to the tomb when the news reached them that the tomb was empty.

John was standing next to Jesus when Christ suddenly bid them all goodbye and ascended to heaven.  He was in the Upper Room (the same room where they had had the Last Supper) when the Holy Spirit poured the spiritual power on the early Church.  John stood fearlessly next to Peter when the jewish religious leaders forbade them to keep preaching the gospel, and he spent the rest of his long life teaching and preaching and writing about the faith he had not only witnessed but also embraced.

In his own words, John had been with God, and it was his mission to spread the word so others could know Jesus as he had: “The Word became flesh and made his dwelling among us.  We have seen his glory, the glory of the one and only Son, who came from the Father, full of grace and truth” (John 1:14).

John described himself as “the disciple whom Jesus loved” (John 21:20), and the overwhelming theme of his writings is the love of Jesus.  So how did John change from a fiery-tempered fisherman to a pre-eminent apostle of God’s love?  How did he grow from the hot-blooded young man who wanted to call down fire upon a Samaritan village that refused to accept Jesus (Luke 9:51-56) to preaching the message of God’s love and grace?  How did this ambitious disciple mature from lobbying for a seat of honor at Jesus’ side in glory (Mark 10:35-45) to extolling the message that God is love?

How?  Step by step.  As John walked with Christ, each step brought him closer to the man God designed him to be.  The fire, the passion that was part of his God-given design was tempered overtime by the grace and mercy he saw Jesus extend again and again.  John’s temper was tempered by the love of Christ!  Read the words of John.  As you discover Christ’s love and grow in his love and mercy, don’t be surprised if your temperament, be it fiery and fierce or timid and shy, isn’t tempered over time until you find that you, too, are a “disciple Jesus loves.”