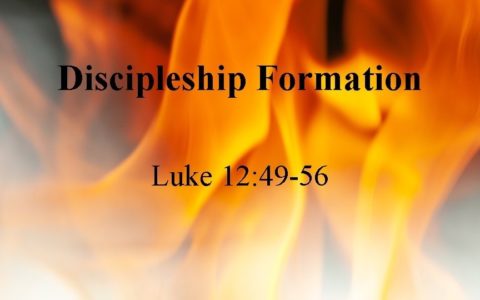 This week we share George Zeller’s article entitled “A Peaceful Sleep and An Angelic Wake-Up Call” garnered from the Middletown Bible Church’s website:

Peter was sound asleep chained to two prison guards (Acts 12:6). How could Peter sleep so peacefully, knowing that perhaps the very next day he would be executed? One reason was that Peter had been in prison previously and had been miraculously delivered (Acts 5:17-19). He knew that God could do it again, if it were His will. Secondly, Peter may have remembered what Jesus had said to him after He had risen. In John 21:18-19 Jesus clearly told Peter the manner of his death, and that it would not take place until he was old. So Peter could sleep soundly knowing that he was not old yet, and thus the day of his death was not nigh. That night the cell brightened with light, an angel gave Peter a wake-up nudge, and Peter’s chains fell off (Acts 12:7). In this supernatural escape, there were some things that Peter could do, such as gird himself (tighten his belt and prepare for action), put on his sandals, and wrap his cloak around him. There were other things that only God could do, through His angel: cause the chains to fall off and open the iron gate (verse 10).

We need to do our part, knowing that God will certainly do His part. When Pearl Harbor was under attack, a chaplain encouraged the frightened sailors by saying the memorable words, “Praise the Lord and pass the ammunition!” The admonition was clearly understood: We will trust God to do His part and praise Him for it, and at the same time we will do our part and defend ourselves as best we can. God will never fail to do His part. He is ever faithful.

By grace may we faithfully fulfill our duties toward God and man, praising the Lord that He will always do His part. He does all things well!