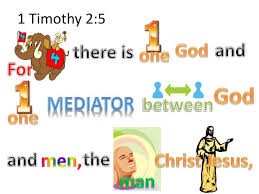 This week I share with you a story extracted from the Epistle Reading from the website:  https://bible.org/seriespage/lesson-prayer

One day Hudson Taylor was traveling on a Chinese junk from Shanghai to Ningpo. He had been witnessing to a man called Peter who was resisting the message but was under deep conviction. In the course of events, Peter fell overboard. Taylor panicked when he saw that no one made any effort to save the man. Instinctively, he sprang to the mast, let down the sail, and jumped overboard in hopes of finding his friend.

A fishing boat was close by, so Taylor tried to solicit their help. But they wouldn’t stop their fishing to look for this drowning man unless Taylor agreed to pay them. Not only that, but to Taylor’s consternation, they wanted to barter for every penny he had. Finally, after he agreed to pay them a sizeable sum, they agreed to help. In less than a minute after dragging with the fishing net, they found Peter. But it was too late; Peter was dead. They had been too busy fishing to worry about a drowning man.

What a tragic story! How calloused and self-centered those Chinese fishermen must have been to realize that a man was drowning nearby and yet to be more concerned about their own financial gain than about saving his life.

But before I condemn those fishermen, I need to take the log out of my own eye. How concerned am I with people around me who are perishing without Jesus Christ? Do I care more about my own comfort and financial gain than I do about people dying without the Savior? Do I go on about my business day after day, week after week, without any burden for those who need to know Christ as Savior?

You say, “Well, after all, what can I do? I’m just one person, and there are billions who don’t know Christ.”

For starters, you can commit yourself to prayer. You can meet with others to pray for those who are lost and perishing without the Savior.

That’s precisely what I’m talking about. Prayer is doing something. Prayer will make a tremendous difference. The amazing fact is that the sovereign God has chosen to work in response to the prayers of His people.

As Paul begins to tell Timothy how to conduct oneself in the local church (3:15), he puts prayer as the first priority (2:1, “First of all”). But Paul is not just talking about the need for prayer in general. He is talking about the need for prayer as it relates to the salvation of the lost. He repeats some words and ideas in 2:1-8 that show what he is driving at: “all men” (2:1); “all” (2:2); “God our Savior, who desires all men to be saved” (2:3, 4); “mediator … between God and men” (2:5); “a ransom for all, the testimony” (2:6); “preacher and … teacher of the Gentiles” (2:7). Paul is talking about men—people—and not just about a certain few, but about all men. And he is talking about the Savior. His concern is that all would be saved.