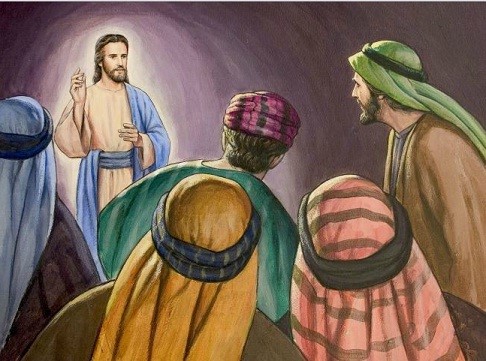 The First Sunday after Easter, provides us with a glorious opportunity to share more widely the message of “Peace”, which is the dominant theme in the gospel for the day (John 20:19-31).

The first word of the Risen Lord to his disciples who were filled with fear and doubt was, “Peace be with you.”  This was good news, indeed wonderful news. Peace for Peter, who denied him.  Peace to Peter, James and John, who slept in his moment of deepest need in the garden.  Peace for the ten disciples who forsook him and fled from the cross.  Jesus gave them the proof of God’s peace by showing them his wounded hands and side, the marks of his crucifixion.  For as Isaiah foretold, he was wounded for their transgressions, and bruised for their iniquities, and brought them healing through his stripes.  Their fears were turned into joy as it dawned upon them that their Lord had risen from the dead.

Again Jesus spoke and said, “Peace be with you. As the Father has sent me, even so I am sending you.”  With the first word of peace he absolved them from their sins.  Now with his second word of peace, he goes beyond his initial offer of forgiveness, and sends them out to offer forgiveness to others.  He said, “If you forgive the sins of anyone, they are forgiven….”  They were given special authority to offer God’s forgiveness to others.  All that was needed on the part of the hearers was for them to repent and receive God’s offer of forgiveness which Jesus had won for all through his suffering and death on the cross.

Inevitably there would be doubters, as demonstrated by the action of Thomas who was absent when Jesus spoke his earlier words of peace, and so demanded undeniable evidence.   For all the doubters Jesus spoke a third time, “Peace be with you.”  Again he showed his wounds and said, “Do not disbelieve, but believe.”  He awaits a response, similar to the one Thomas gave, “My Lord and my God!”

To all of us today, Jesus has this to say, “Blessed are those who have not seen and yet have believed.”  May we all experience the peace that Jesus offers.  May we all be bold in sharing with others the peace we have received.  May we declare as we are inspired by the Spirit, “I believe in Jesus, I believe he is the Son of God, I believe he died and rose again, I believe he came for us all.  And I believe he is here now, standing in our midst; here with the power to heal now, and the grace to forgive.”

May the blessing of peace be yours today and always.