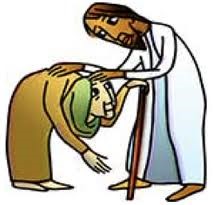 From a Fisherman to a Shepherd

This week we share George Zeller’s article entitled “From a Fisherman to a Shepherd” garnered from the Middletown Bible Church’s website:

One of the first things our Lord said to Peter was “Follow Me” (Matt. 4:18-19); and after His resurrection Jesus repeats the same command (John 21:19). In between these  two “follow Me’s,” Peter had quite the education, at times resulting in flunking grades!

Peter’s three denials seem to be intentionally linked to this John 21 passage. When Peter denied the Lord, he warmed himself near a fire of coals (John 18:18); in this passage the risen Lord prepared a similar charcoal fire (John 21:9), perhaps bringing to Peter’s mind some vivid memories. Thrice Peter denied His Lord, and Jesus graciously gave him the opportunity to thrice confess his love for the Master. The Lord also restored him to the ministry thrice (“Feed my lambs,” etc.). After the third denial, in accord with remarkable Divine timing by the One who controls all circumstances, the Lord gave Peter a piercing glance resulting in Peter being plunged into grief and deep remorse (Luke 22:61-62). After the Lord asked Peter to reaffirm his love for a third time, Peter again was deeply grieved, probably at the remembrance of his past failure when the rooster sounded (v. 17). Yes, it hurt for the moment, but our Lord’s purpose was to heal and to restore.

How could this frail man of God show his love for the Saviour? “Feed My lambs….feed My sheep….feed My sheep.” Peter got the message, because he later wrote to the elders, “Feed (shepherd) the flock of God which is among you, taking the oversight thereof, not by constraint, but willingly; not for filthy lucre, but of a ready mind; neither as being lords over God’s heritage, but being [examples] to the flock” (1 Peter 5:2-3). How firmly, yet tenderly, the Lord dealt with His servant; and how wonderfully He deals with us in similar ways. May we bless His holy Name!