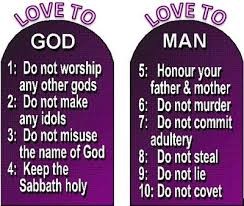 Why is love crucial to the greatest commandments?

When we hear the term “commandment,” we often think of the Ten Commandments outlined in Exodus 20. However, the Jewish rabbis determined that the Law consisted of 613 commandments, and they categorized them into greater and lesser laws.

The Pharisees were a sect of Jews who devoted themselves to following their own understanding of the Law, and they tried to strictly follow every single one of the 613 laws. Consequently, during New Testament times, great confusion existed among the people as to the purpose of the Law and which laws were most important.

When Jesus was teaching in the temple one day, the Sadducees attempted to trap Him in His words. After Jesus silenced them, one of the Pharisees—who saw what Jesus did to the Sadducees—asked Him to identify the greatest commandment. The Lord’s response shut the mouths of His critics, and none of them dared to question Him anymore (Mark 12:34).

Jesus said the greatest commandment was to love God with all your heart, soul, and mind. This response would likely have gone over well since it came directly from Deuteronomy 6:4–5, a passage known as the Shema, which the Jews repeated twice every day.

However, it was what the Lord said next that silenced His critics. He proclaimed, “The second is like it: ‘You shall love your neighbor as yourself.’ On these two commandments hang all the Law and the Prophets” (Matthew 22:39–40).

What a magnificent summary of the Law. Think about the Ten Commandments. The first four deal with our relationship to God, which is why we are to love Him with all our heart, soul, and mind. The final six deal with loving our neighbor.

Notice He did not say we need to learn to love ourselves. This modern false teaching is rife within the church, but it is flatly rejected in Scripture (Luke 9:23; 2 Timothy 3:2). Jesus instructed us to love others as we already love ourselves.

Finally, consider the group Jesus addressed. In the very next chapter, Matthew 23, He called them hypocrites, blind guides, fools, serpents, a brood of vipers, murderers, and whitewashed tombs. They self-righteously kept the Law but failed to obey the two greatest commandments because they loved themselves rather than God and others. No wonder they could not answer Him. They were guilty, and their sin was laid bare in the light of truth.

Love is one of the most pervasive themes in Scripture, and it is the foundation for understanding the message of the Gospel