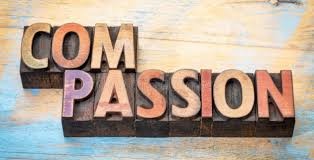 Jesus Raises a Dead Girl and Heals a Sick Woman

First, we have Jarius, a leader of the local synagogue, who comes to Jesus, groveling at his feet.  Jarius is a man of great privilege: respected, well-off and a  religious leader in the  area;  But his privilege does not exempt him from pain, or from fear.  Despite all his privileges, he is unable to help his 12 year old daughter, his baby girl.  In the end, he is just like every other parent who has begged God to help their child.

Second, desperate for healing, a woman has crawled through the crowd and touched the hem of Jesus’ clothes. We are told: “Jesus, aware at once that power had gone out from him, turned around in the crowd and asked, ‘Who has touched my clothes?’” The woman admits that she has touched his robe and tells him of her bleeding illness. Those in the crowd hear her tell Jesus about her disease.

When the people in the crowd recognized this sick woman in their midst, they must have been frightened and angry. In that time people considered menstruating women unclean and religiously impure.

In this Gospel account the crowd is seeing a woman who has suffered the severe consequences of exclusion. She is terrified because she had broken the purity laws and, in touching Jesus, she had made him ritually unclean as well. Any person she had touched in the crowd was also ritually unclean. Each of them would have to go through a process of ritual cleansing which involved bathing, changing their clothes and being alone until the evening.

She admits her situation to Jesus and the crowd; I can imagine the crowd gasping and moving away from the woman, fearing she had touched someone or all of them. Jesus takes command of the situation and pronounces that her faith has healed her. Jesus does not claim that he healed her; rather, it was her faith. This healing affects the crowd as well. Will the crowd believe in Jesus or believe in the purity laws? Jesus’s choice to have the woman healed in a public rather than a private place no doubt awakened many in the crowd to question their own acceptance of the purity laws that were part of their culture.

Each person in the crowd has to wonder at what Jesus just did. Jesus is confronting their assumptions about rules and laws that exclude people rather than protect them. Everyone in the crowd is left with a decision to make just as the woman had to do; continue following Jesus to Jairus’s house or perform the ritual cleansing, changing clothes and remaining alone until evening. This desperate woman made her decision and was healed by her faith. Now everyone in the crowd had to decide. In healing the woman in front of many people, Jesus was himself making a public statement, a dangerous one, about his own view of the religious laws he found to be against his ideas of justice and mercy. In doing what he did, he was breaking the religious laws of his time and rebelling against the church leaders.

In this double story, Jesus leads us to understand that there is no one who is not worthy of the love and grace of God.  In spite of what people may say about someone, no matter how vile they seem, God declares that they are God’s own beloved child.  No one is seen as being beyond redemption.  No one is seen as not worth the time or resources it might take to reach out to them and touch them with God’s love.