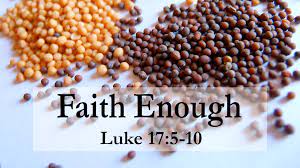 This week we share from Billy Graham’s book – The Journey, the passage entitled “One Day At A Time.”

Without fuel a fire grows cold, and so does our faith. As we have seen, many things can disrupt our journey through life if we aren’t careful; destructive emotions, wrong motives, bad habits, disappointments or failures, difficult relationships, suffering, and grief. We all experience them, and God wants to help us gain victory over them. But for most of us, life isn’t a constant stream of major crises or overwhelming problems. Instead, most of our time is spent in the routine of daily living; work, family, finances, entertainment, and so forth. Meals need preparing; trash must be taken out; bills have to be paid; children require new shoes or help with homework; or rides to soccer practice. Life is full of daily challenges and minor annoyances and unless we take measures to prevent it, they will smother our faith.

Although he appears only briefly in the New Testament, Demas was clearly an able and dedicated person. He was probably young and unencumbered with family responsibilities, and twice Paul mentions him as a companion on his travels, enduring the same hardships Paul did while helping him spread the Gospel (Colossians 4:14; Philemon 1:24). Once when Paul was imprisoned for his faith, Demas stayed close at hand to help him, running the risk of being put in prison also. But his zeal did not last. In one of the Bible’s most poignant sentences, Paul wrote, “Demas, in love with this present world, has deserted me” (2 Timothy 4:10). He was never heard of again.

What happened? We have no way of knowing, of course, but at some point, Demas must have decided he had had enough of self-denial; it was time to enjoy life and pursue the things this world has to offer. Paul doesn’t say he renounced his faith or became immoral or corrupt; for all we know, he may have gone back to his home Church and proudly told them all about his adventures with Paul. Somehow his priorities had shifted, and the things of this world came to mean more to him than the things of Christ.

How different was Timothy, another young man who traveled and worked with Paul. He faced the temptations as Demas but our last glimpse of him is far different. Timothy also faced numerous challenges and pressures, but the picture also emerges of him in Paul’s letters is of a young man determined not to give in to the enticements of this world, but to heed with all his might Paul’s injunction to “endure hardship…like a good soldier of Christ Jesus” (2 Timothy 2:3). No wonder Paul called him “my dear son” (2 Timothy 1:2). Demas or Timothy? Which will you be?